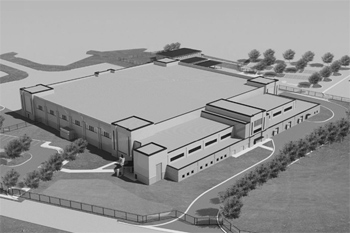 The one-story, 12,921-square foot COF was intended to be used for administrative areas and storage of tactical gear. The 121,380-square foot, one-story hangar was designed with a clearance head of 28 feet and to house twelve fully assembled and fueled aircraft.